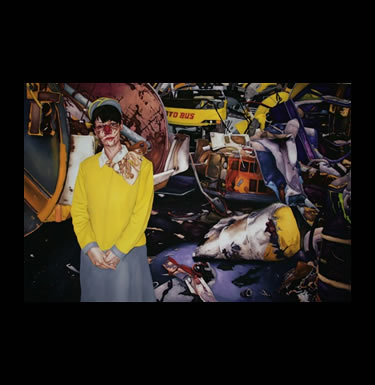 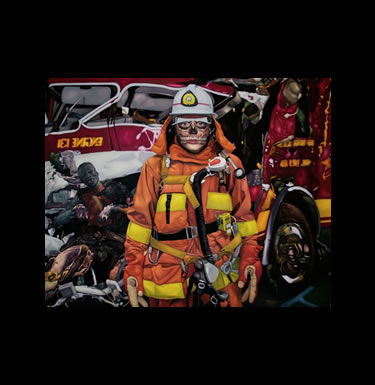 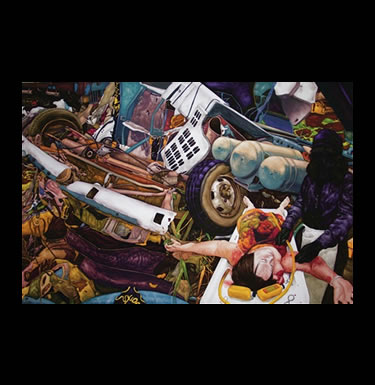 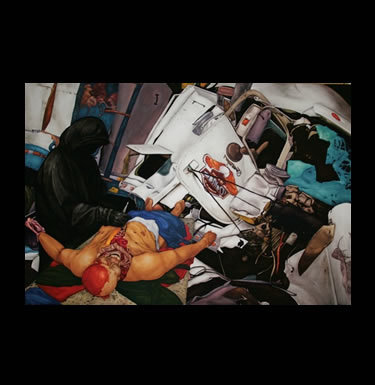 The Scene of the Accident is one of the main topics of world art history and represents the summit of life and its unpredictable end. Masters of different traditions and epochs were attracted by Accidents, Catastrophes and Disasters, depicting the extremes of passion and the will for salvation, as well as the silent and sour outcomes of fate.

On the 9th of April 2010, frantic gallery opens "The Scene of the Accident", a solo exhibition of Naoki Sasayama that unfolds in the two tiny rooms of the gallery a massive site of extraordinary traffic incidents featuring picturesque metal messes and the elegant outbursts of debris. In eight large-scale watercolor paintings created during 2009 and several new works, these landscapes glorify the moment when life attains its most condensed flavor, the vigor of the last fatal encounter, the energy of a meeting that grasps, touches and leaves its trace – the scene of a car crash.

The author of "The Scene of the Accident," Naoki Sasayama directs his artistic attention to the inseparable topics of life and death. His first significant series of works was "Mountains", a set of oil paintings created between 2003 and 2004, that depict dramatic skies of dark green or grey and mountains with a corporeal softness. Appearing as if they were inner organs or stalagmites, the images of these mountains clearly manifest the artist's interest in the body-landscape; the physics and the morphology of death; and the visual effects of disfiguration.

Since 2003, Sasayama created numerous self-portraits in which the young artist's inner conflicts, doubts and self-destructive impulses come to the surface of his body in the form of injuries, dismemberment or rot, exploring psychological problems of "being closed or opened", "decay/degradation", and "separation" to its radical and direct manifestation.

Starting in 2005, Sasayama researched the death penalty in American and created a series of paintings titled "The Last Meal" (2005-2008). Nine watercolor works present the name of a criminal sentenced to death, his crime, the date of his execution, details of the case and the last desire of the sentenced man, namely, the image of the last meal he was free to order before his execution. Sasayama's ironic, colorful representations of these final dinners – the condemned criminals last taste of life – illustrate the existential side of our final desires and psychologically intricate relationship between man and what he considers to be delicacies: Stacey Raymond Lawton ordered a pile of pickles, which might have reminded him of particular moments and places from his soon-to-end life, while John Thanos just asked for coffee, as if was preparing to start something anew.

Works presented at "The Scene of the Accident" have roots from as early as 2004. It was at this point Sasayama started to produce his own dense watercolor paints (mixing glycerin, pigment, ethanol and other materials) to illustrate the consequences of fatal events. The scenes of catastrophes are presented as vivid patterned carpets with no clear distinction between figures, no definite silhouette lines, no structure and almost no composition. The visual aspect of the scenes of car crashes develop their own imaginary, similar to arabesque patterns and non-figural (or post-figural) abstractions. At the same time, thanks to the dense "fleshy" watercolors, the image of the mortal incidents paradoxically have a light, lively sensibility. The steel frames of the cars and the men inside are not just crushed, but experience such a strong collision that it is as if the metal has accidentally swallowed the corporeal: the pieces of the catastrophe and the place of the accident are soaked with human-like softness and warmth. In this way, while presenting the heavy scenery of dead bodies and ruined technology, "The Scene of the Accident" Exhibition bursts with vitality and the lusciousness of life, grasping both sides of the accident: its "life" and its "death". 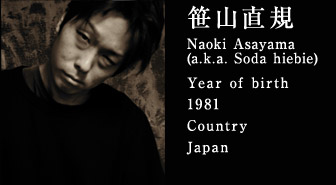 The Museum Of Modern Art, Gunma 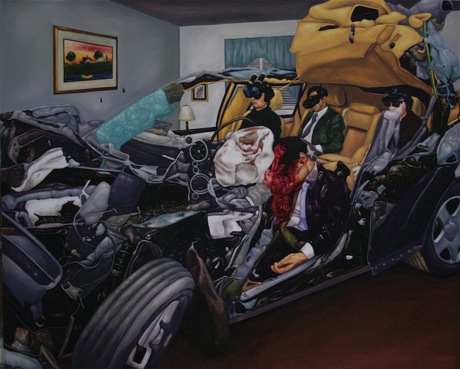 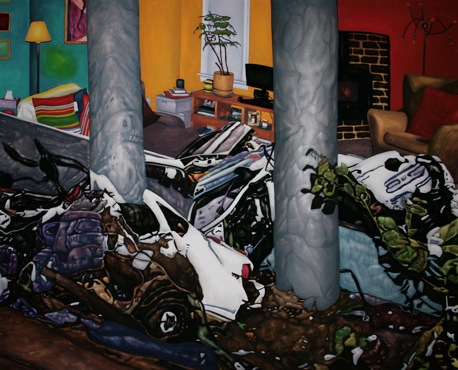 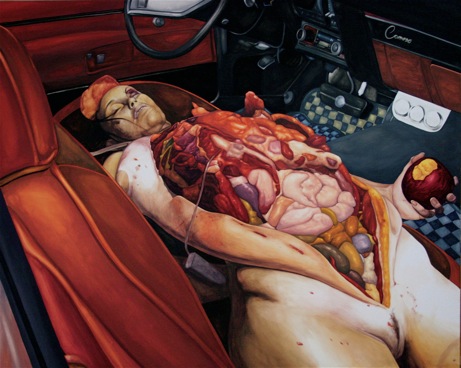 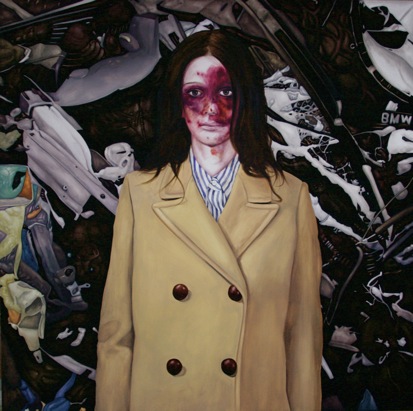 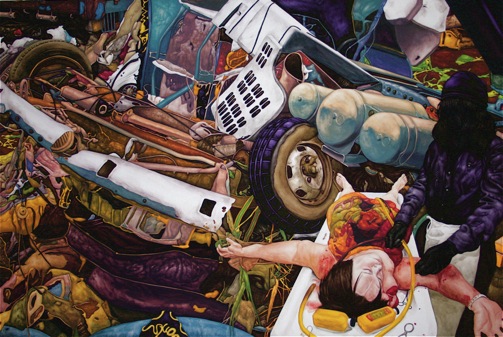 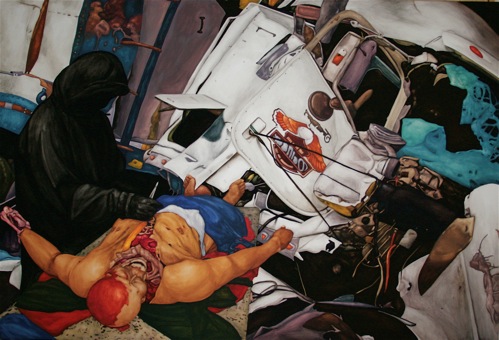 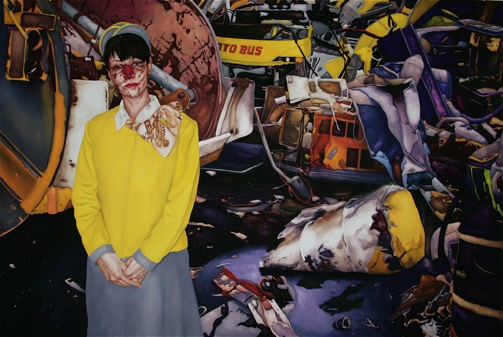 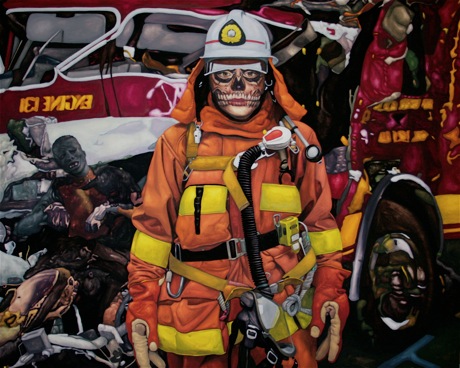